Bush Hill Park Golf Club (BHPGC)is located inside a woodland park that was once known as Old Park estate. The Old Park estate was previously comprised of a bunch of smallagricultural landholdings dating back from the 10th century. Over the next few centuries, the estate, which grew to about 550 acre in size, began to be incorporated into the Crown’s holdings.

In 1660, King Charles II bestowed the title of the estate to General George Monck, the 1st Duke of Albemarle, as reward for his critical role in the restoration of the monarchy following the demise of Oliver Cromwell (General Monck was alsoconferred with other titles and holdings, including ownership of the Province of Carolina, the site of present-day North and South Carolina in the United States). General Monck’s son, Christopher, passed away in 1688 without leaving any heirs, so ownership of the estate, partially and in full, changed hands numerous times over the following couple of centuries.

By the 19th century, the area surrounding Bush Hill fell under the ownership of William Mellish, a director of the Bank of England. Following his death in 1838, the ownership of the property fell into the hands of his half-brother, Charles, who sold the land to North London Estates Company, a land development company, in 1871. Parts of the property were subsequently developed, most notably the building of the Bush Hill Park station in 1880. 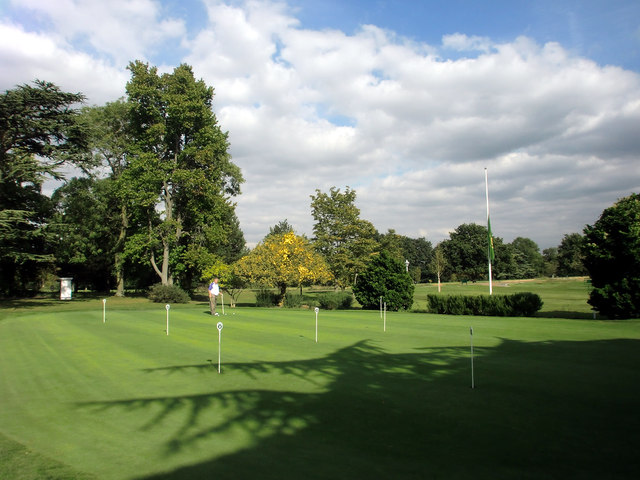 The bulk of the undeveloped portion of the property, measuring about 100 acres, was purchased by a private consortium in 1895 which founded a nine hole golf course near the Queen Anne’s Gardens. Fourteen years later, in 1921, the 161 founding members of the consortium officially chartered the course as the Bush Hill Park Golf Course with the Old Park mansion becoming its clubhouse.

Concurrent to this, the club also commissioned James Braid and Harry Vardon, two of the most dominant golfers of the era, to design the course. Their design proved to be not only popular, but enduring, owing to the complexity and variety of the holes.

BHPGC has received many offers of purchase since then. However, aside from World War II, when parts of the property were leased to the Anti-Aircraft Brigade, BHPGC has remained under continuous private ownership.